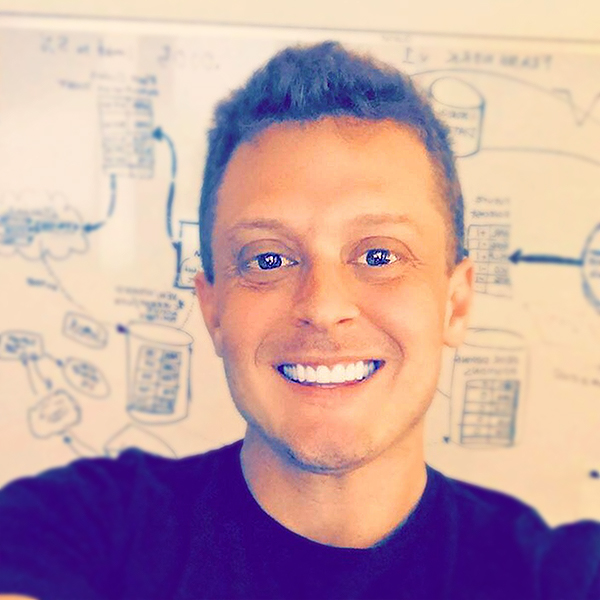 Hi. My name is Erick, and if you are reading this, that means you must be interested in learning more about me beyond just my social profiles. Well, glad I sparked your interest :) let's see if this page helps satisfy your curiosity.

Where should we start?

How about we start with childhood. When I was a child, I'd made up my mind -- I wanted to be a mad scientist when I grew up -- and to some extent, this wish has come true. I began working in startups fortuitously during the dot-com bubble of the late 90's while doing my undergrad -- one of my advisors saw something in me, and asked me to do a job interview. I was quickly hired, and at that startup we ended up building a large grid of distributed web servers (no cloud computing back then) that ran a fairly complex parallel 3D simulation system for visualizing and automating portions of product manufacturing via the internet. It was a crazy idea and it was an incredible rush as we built this insane idea into a functioning service.

Eventually we survived the dot-com collapse, and succeeded enough with our software that the company merged with an Asian manufacturing company. I caught the innovation bug after that and my life really never was the same.

If we fast-forward to today -- I'm now hyper-focused and hard at work as Founder and CEO of CoinCircle, with an amazing team, we're building an app that's an incredible new finance product powered by blockchain, decentralized financial technology and digital currency. So, now I've been a key part of helping build three startups that either reached maturity or an exit, and am working on my fourth. I sold my last startup, where I was the Founder and CEO: a smart-glasses company that in 2011 helped jumpstart an entire new market segment -- we sold to Snapchat, and it was a really great exit. I now have my own self-funded boutique investment fund called Hyperspeed Ventures that's already invested in a number of groundbreaking new startups. I'm an advisor to several startups, I'm a mentor for a couple cool accelerators, I've spoken at or presented at many major industry events such as SXSW, CES, TEDxStanford, Singularity University, Wearable World Congress and many more. I've written five books, been featured in national and international press numerous times, and so much more... I even have my own wikipedia page (haha) and it all started with my first foray into startups, taking a blind, wild leap into the chaos of the dot-com bubble.

Ever since those first days of being on the founding team of a startup, in the center of the San Francisco dot-com hysteria, I became enamored by innovation and have spent most of my life afterwards creating new things that never existed before. 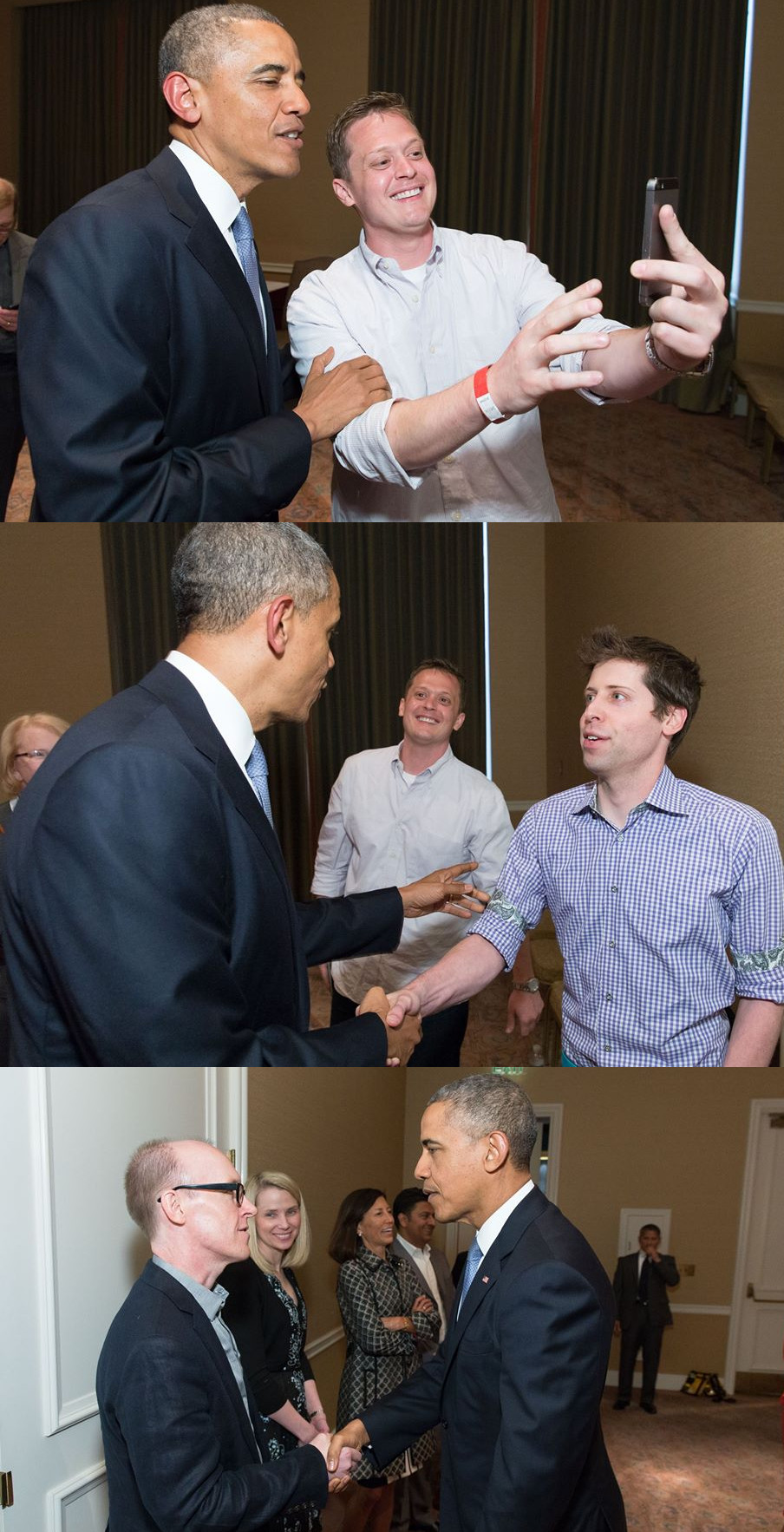 Eventually I recognized that I am an entrepreneur. I also began to realize that I'm truly a hopeless optimist. Today, I believe we are living in one of the most incredibly important times in history -- we are on the precipice of creating a massively transformative positive future with technology. These days, I'm also a technology investor, and as an investor, sometimes I say I'm on a relentless pursuit for magic. Perhaps somewhat inspired by Arthur C Clarke's famous axiom: "Any sufficiently advanced technology is indistinguishable from magic". When I discover something new that seems like it's "magical", often my heart is filled with passion and my mind filled with a rational obsession to explore or get involved.

I believe in being endlessly curious and always seeking to discover new amazing things that intrigue and inspire.

I love the elegance, sophistication and beauty of technology, engineering and science. I also love the simplicity, creativity and beauty of art and design. It is the combination of the two that really makes my neurons explode with excitement. I worked most of the first part of my adult life combining new powerful enabling technologies with original creative ideas to design incredible new digital or computerized things that never existed before; things that people I respect often told me were impossible. I suppose I can thank my hopeless optimism -- because impossible is simply not in my vocabulary.

As a CEO, I strongly believe in visionary leadership, leading by example, creating strong shared incentives, transparent team communication, and encouraging team empathy. I've worked very hard the second part of my adult life so far to become a strong and effective leader. It turns out that building a positive culture at a company is incredibly important, and something you really have to focus on and work hard on from the beginning. I've dedicated the time to learn by getting an MBA, I've studied all of the great visionary CEOs -- and have done what I can to rub-elbows with and meet those that are still alive, and I have started, staffed and run my own company, negotiating an acquisition and working along side one of the industry's most successful and recognized "unicorn" CEOs.

I have stumbled, made mistakes, and have grown considerably -- I've learned so much during the rollercoaster of building a meaningful company, and there is no doubt, I have much more to learn.

I've done whatever I can to surround myself with incredible leaders I admire as inspirational visionary leaders, thought leaders or world leaders. I have so much more work to do, but I've come to recognize that I'm good at inspiring a bold vision, then recruiting and leading an "A" team to create incredible results. When it comes to making difficult decisions, I decided that I can make my best decisions when I filter out fear in decision making and instead focus on intuition (gut), sense-making, and estimated or measurable probabilities.

I've had industry colleagues, whom I respect, refer to me as a "pioneer" or a "visionary", and for this I've been in disbelief and incredibly humbled -- I have so much more to accomplish, and don't think I deserve this kind of recognition yet.

I've also always been a bit of a maverick. I'm fully aware that I have a rebellious nature -- this has caused me some problems, but more often, this works to my advantage. So often people would tell me something wasn't possible -- they would invent imaginary walls or reasons why I can't do something -- but I would do it anyway because I knew it could be done, and that it would be amazing. In that regard, I have always unreasonably defied convention. I've also been told that I can be incredibly persistent and tenacious -- relentlessly so. I've also been called a "renaissance man" by people I've worked with (to my delight) because of my ability to successfully execute hands on in both engineering and design tasks. This is a skillset I've worked on most of my life, and one of which I'm particularly proud.

A Love Affair with Technology.

I truly love technology. I love creating new software algorithms and reading freshly published white papers. I'm intensely intrigued by new ideas that achieve remarkable results, and when these ideas can be translated into deterministic systems (or non-deterministic dynamic systems also for that matter), I am always deeply curious to learn about the mechanics of how the system works. My latest obsession is Artificial Intelligence, and there is a limitless supply of new research every single day. I've taken a deep dive into this topic and have been really enjoying writing software that utilizes state-of-the-art models to achieve seemingly "magical" results. If you are reading this, and you enjoy reading papers about artificial intelligence systems then check out this AI paper I wrote as the final project for Stanford CS229 called "Automatous Source Code Generation for Inductive Programming" it's an AI system that uses generative deep recurrent neural networks along with a genetic programming and random forest inspired model to write new python software functions on it's own, given a brief natural language description of what you want the function to do.

I really enjoy thinking about how things can be mapped into high-dimensional space, as I've spent a large part of my career creating software algorithms where four dimensions was the minimum dimensionality (3d computer graphics).

I also love the organic "nature" of technology -- analogous to a flowering dandelion as we observe it's seed dispersal and it's rate of population growth; technology we create today spreads and grows in a remarkably beautiful and exponential way. We are drawn to technology; as we desire and seek advancement for humanity, and I believe we will always use technology to create a better future. Yet, there is also a fascinating unpredictability and chaos in our world, which creates serendipitous events -- now these events even happen across the world via computer networks -- creating new potential futures, transforming how we communicate, how we relate to each other, how we define ourselves, and how we connect. These are just some of the simpler observations that make technology so incredibly alluring and interesting.

We have used technology to advance humanity ever since we discovered "fire" and this trend will only continue -- even as we evolve ourselves into future super intelligent biological machines. 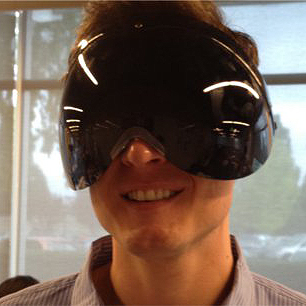 I recognized, about ten years ago, as did a group of Silicon Valley futurists, that we were entering into a new phase in human evolution where the pace of technological change is accelerating at an ever compounding velocity -- and that we may only have about 50 years left before hitting a theoretical "terminal velocity". Much of this is explained greatly by Kurtzweil's predictions of the Singularity. The recognition that this ever accelerating rate of change will enable new companies, products, and services that utilized these new compounding technologies -- most of which will be unpredictable and undefeatable to incumbents, is quite a powerful idea.

This concept of the Singularity was one of the ideas that led me to decide, in 2010, that creating a startup to build smart-glasses and a VR visor -- with a goal to redefine the future of computing with an entirely new input modality could even be possible. 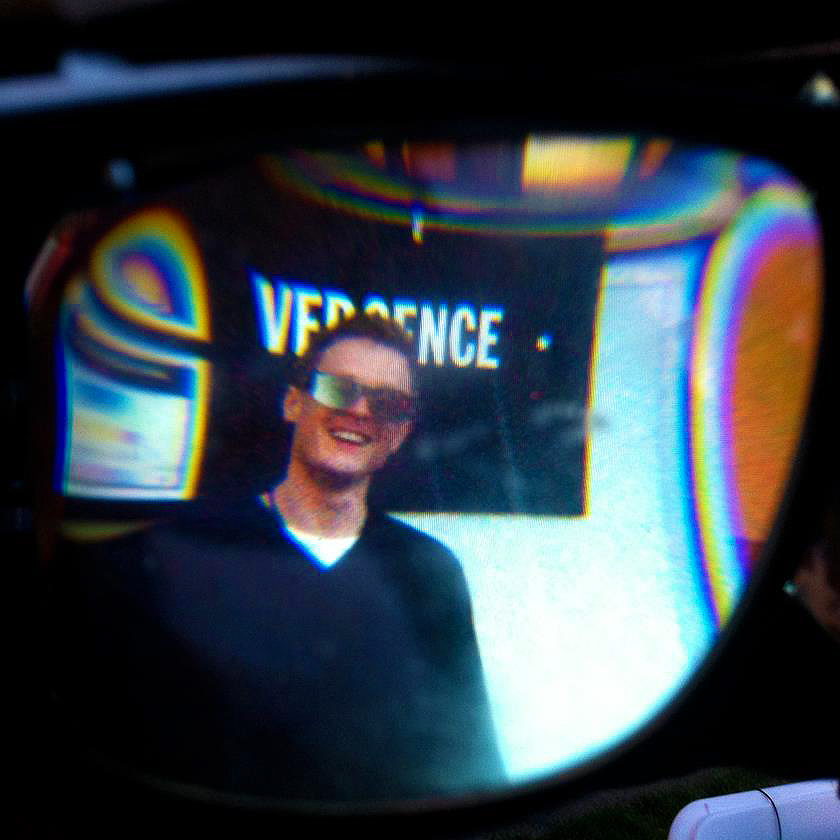 It turns out, one of the really cool aspects of technology in general, is the ability to predict it's trajectory into the future. Of course, many love to quote Alan Kay, the celebrated computer scientist: "The best way to predict the future is to invent it". This is a great quote and is a wonderful and inspiring idea, that also happens to be completely true -- but as it turns out, technology has some very cool attributes which allow us to predict the future before we create it; this helps us invent a more accurate version of where things are already headed. The fact is, that Intel has been using Moore's Law to model and plan it's future product roadmap ever since Gordon Moore recognized this phenomenon -- and it's worked out very well for them in terms of predictive power. Also, rate of "technology adoption" and "diffusion of innovation" can be built into a fairly simple and accurate predictive model. The beauty of new technologies that lead to exponential growth is they seem intuitively unpredictable to most people, but can actually be modeled in a relatively accurate predictable manner.

Glad I sparked your interest.

There is so much more to talk about but I've already written far more than originally intended. If you think we might have something in common and would like to connect with me, you can find links to all my major social profiles on the homepage. Please note -- If I don't know you or if we haven't met before, I may not accept a direct connection right away, but feel free to follow me instead.